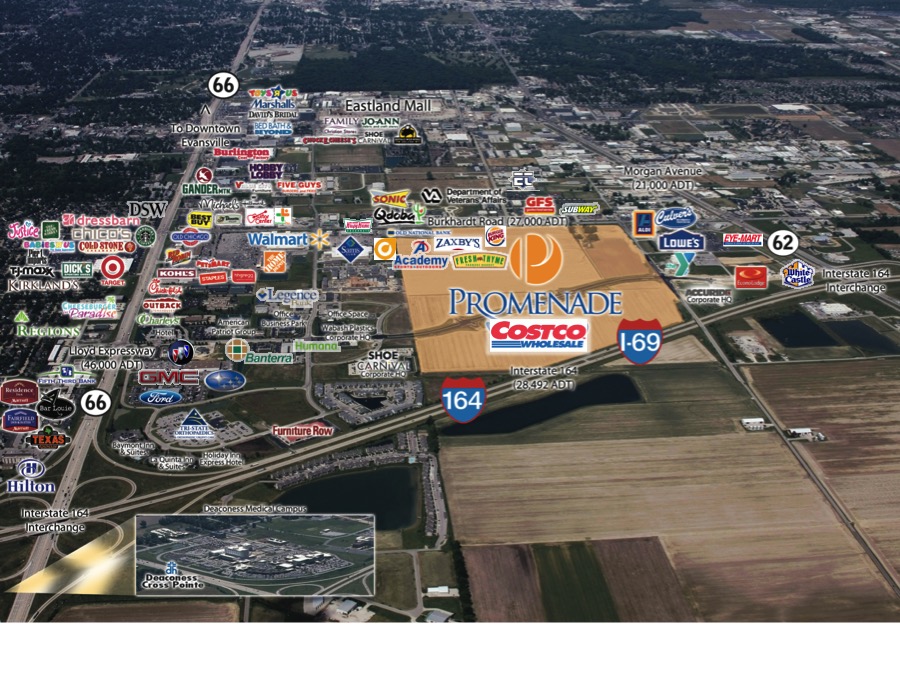 The Promenade’s 215-acre site is located in Evansville, Indiana – the third largest city in the state – and is in the heart of the metro’s flourishing eastside commercial district. It is perfectly positioned to serve the area’s affluent northern and eastern residential districts which are in close proximity to the development.

Providing superior interstate visibility, the property is bounded by I-69 on its eastern edge and will be the market’s only shopping center with interstate access – via direct arteries leading from the site to two separate interchanges both north and south of the property along the Lloyd Expressway and Morgan Avenue. The accessibility of the center from outside the immediate trade area to the north will be heightened as I-69 is extended north with connection to Indianapolis. On the property’s western border is Burkhardt Road, one of the main thoroughfares in the city’s eastern quadrant thriving with retail, medical and business.